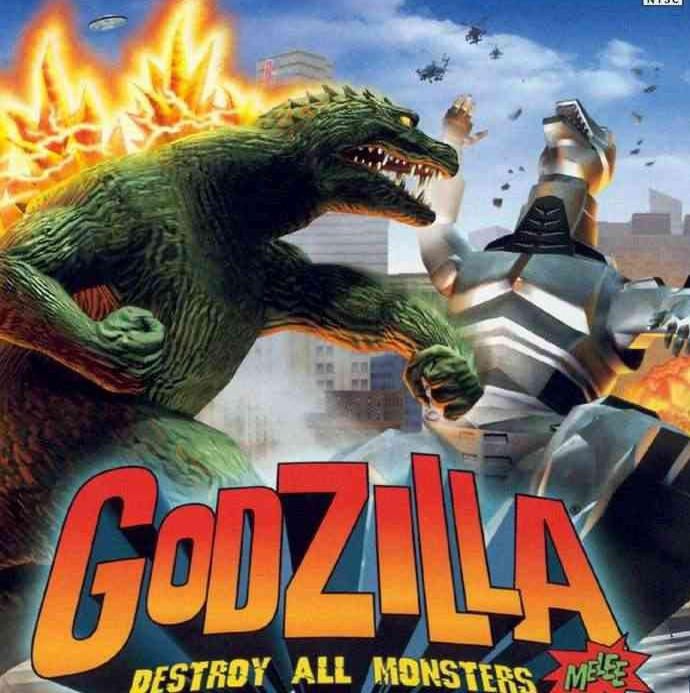 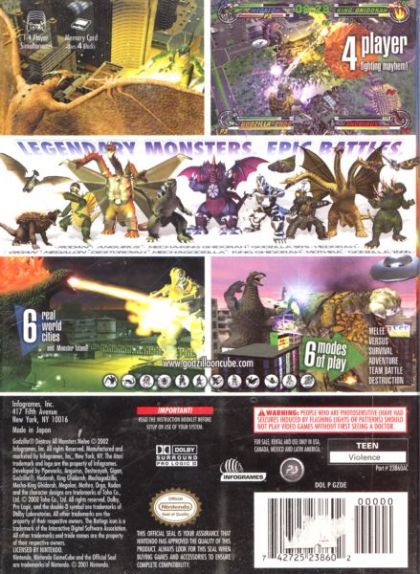 Godzilla: Destroy All Monsters Melee is a one-to-four-player fighting game of epic scope. Aliens have traveled to Earth and are using mind control to take power over the planets giant monsters in an attempt to destroy our greatest cities. In the single player game players must battle as their favorite giant monster against other escapees from Monster Island in titan-to-titan combat to protect the planet and its civilians.

In addition to the single-player story mode the game includes four additional play styles: Versus mode pitting between one and four players against each other in an epic battle royal; Destruction mode a timed challenge to see which player can destroy more of a city in a given amount of time; and Survival mode the ultimate test of a players skill pitting him against monster after monster with the score based on the number of enemies defeated before losing a match.